You’re getting older, feeling those achy joints a bit more, cursing the stairs each time you need to use them, and wishing that perhaps you had better equipped the house to accommodate the future you.

An unlikely scenario, you say? Not for countless senior citizens locally and across New York State, according to Rebecca Preve, executive director of the Association on Aging in New York. “We all know that New York State is fourth in the nation in the over-60 population. In addition, census data indicate that the fastest-growing segment of the population is individuals over the age of 80. We know that the state’s overall population is predicted to grow by 1.3 percent through 2040. But the 80-plus population will see growth of 42 percent,” Preve said during a Dec. 12 Senate hearing on aging-related needs. “Additionally, 70 percent of the older population will need some form of home care during their lifetime … The master plan on aging has instituted a division within the Department of Health for aging and long-term care. We are all enthusiastic about the opportunity to ensure we are looking at aging as a lifelong process, not just starting at the age of 60.”

Genesee County Office For the Aging Director Diana Fox and staff are working toward that end. The county Legislature just approved Fox’s request this past week to renew two grants with Caring Environments J&H, Inc. to assist older folks wanting to remain at home. The grant money helps seniors with expenses related to stair and vertical lifts, wheelchairs and bathroom modifications, such as revamping a bathtub into a shower. In fact, the last grant assisted six people this past year with that type of bathroom modification, she said.

A current contract with Caring Environments will extend the company’s services as an installer at a cost of $140 per hour through March 11, 2024.

Your ‘Future Self’
With the convergence of the largest age group to hit retirement age by 2030, issues of aging are right around the corner. And it’s about more than merely where to live, Fox said.

“It’s never too late to have those conversations, but what do you want it to look like as you age? To be able to think about where are you currently living? Where are you now to meet the needs of your future self?” she said. “How big are your doorways and hallways, can you get in and out? What is the lighting like, how do you get around, what will you need to get around? Talk to family members. Are there things you can plan for ahead of time?”

Other potential issues are maintaining the home and yard — will you need a landscaping service or at least someone to mow the lawn? Is your place too big; perhaps you need to downsize, she said. Are you near cultural, social and recreational sites to interact with the community? And last, but most importantly — are you taking care of yourself by making doctor visits, being socially connected, keeping active, eating well, and retaining healthy physical and mental well-being?

One such crisis could be the realization that those stairs are more a hindrance than a help. The grant money can go toward the related costs of a stair lift, or for a wheelchair, ramp, and bathroom modifications to, for example, install a shower when a bathtub is too difficult to use.

The Costs of Aging
The state’s masterplan needs to address the impacts of prevention, education, and accessibility,” Preve said.

“It also needs to ensure that all state government organizations are not working within silos to ensure we’re an age-friendly state. As you are aware there’s a rapidly growing aging population and, in conjunction with a significant rise in inflation, impacted older residents and increased demand for aging services by over 70 percent,” Preve said. “We continue to see significant waiting lists. For services, we’re dealing with huge increases in the cost of raw materials, significant workforce shortages and increased customers.”

Those issues are also prevalent here, Fox said, with the home healthcare workforce being heavily dependent on a soft skill: they typically love what they do. Otherwise, the job usually requires anything from shopping and food prep to hands-on skills of dressing, toileting, eating, and such tasks to take care of one’s personal needs; strength to assist someone out of a chair or bed and when in the shower or bathroom; certification; and an acceptance of low pay in this field. “I think you have to have a passion for the people,” Fox said. “I think our society doesn’t really value this; it is hard work you’re doing.”

And the Office For the Aging — which uses three different agencies for home health aides — can attest to the ongoing shortage of help, she said. Either there aren’t enough workers to begin with, or they are shuffled to fill in for another staffer who is sick or takes days off. Complaints about being unable to find someone has become constant murmurs in the community.

“They have trouble with being able to fulfill the requests. I hear that people are looking for someone,” she said. “Part of it is the pay; it has been historically low, and it has been something that there has been a lot of advocacy on to increase.

Aging in Place
That’s why the “unmet needs” grants are so crucial, she said.

Genesee County is ripe with older, two-story homes that wreak havoc with inflamed knees and stability concerns. So the question is how are people going to live out those much-touted golden years? Can you renovate the home to accommodate physical needs, search for a one-story home or apartment, be able to hire a home health care aide, or purchase some equipment to make for easier access, such as stair lifts and wheelchairs?

“It really makes a difference for people to be able to stay in their homes,” she said. “To serve this aging population in order to serve the needs of people; it’s much cheaper to keep people in their homes. I feel like it’s something we in our country don’t particularly value.”

Preve also emphasized that point. Society looks at prevention measures within alcohol and substance abuse, but not so much when it comes to one’s long-term future and services such as Medicaid.

“We don’t talk enough about preventing having people spend down to Medicaid or institutional care, and that’s really what we want the master plan to focus on. Aging is a lifelong process. How can we make sure that we’re targeting people in their 30s with high blood pressure because we know that that’s going to impact Alzheimer’s disease when they’re in their later years?” Preve said. “So it really needs to be a cohesive thought process to ensure that we allow individuals to age in place and that we keep them off Medicaid because we know Medicaid is not sustainable at the current level.”

Mastering the Aging Process
To assist with aging in place, the OFA’s services include retirement planning seminars, tax help, and a Handyman Program, plus an Aging Mastery program twice a year — with the next one scheduled for February.

This program focuses on how to plan for getting older and living comfortably in one’s post-retirement years, Fox said.

“We spend a lot of time in our older years,” she said.

Top Photo of Rebecca (Becky) Preve, executive director of the Association on Aging in New York, from an online post; and File Photo of Diana Fox, director of Genesee County Office for the Aging, during a county meeting, by Joanne Beck.

Tue Dec 20 , 2022
The Texas government will resume construction of a wall on the state’s border with Mexico, according to Gov. Greg Abbott. The announcement comes after an extended period of negotiation between Texas officials and private property owners for the construction of infrastructure on their land. BIDEN ADMIN SUES ARIZONA OVER CREATION […] 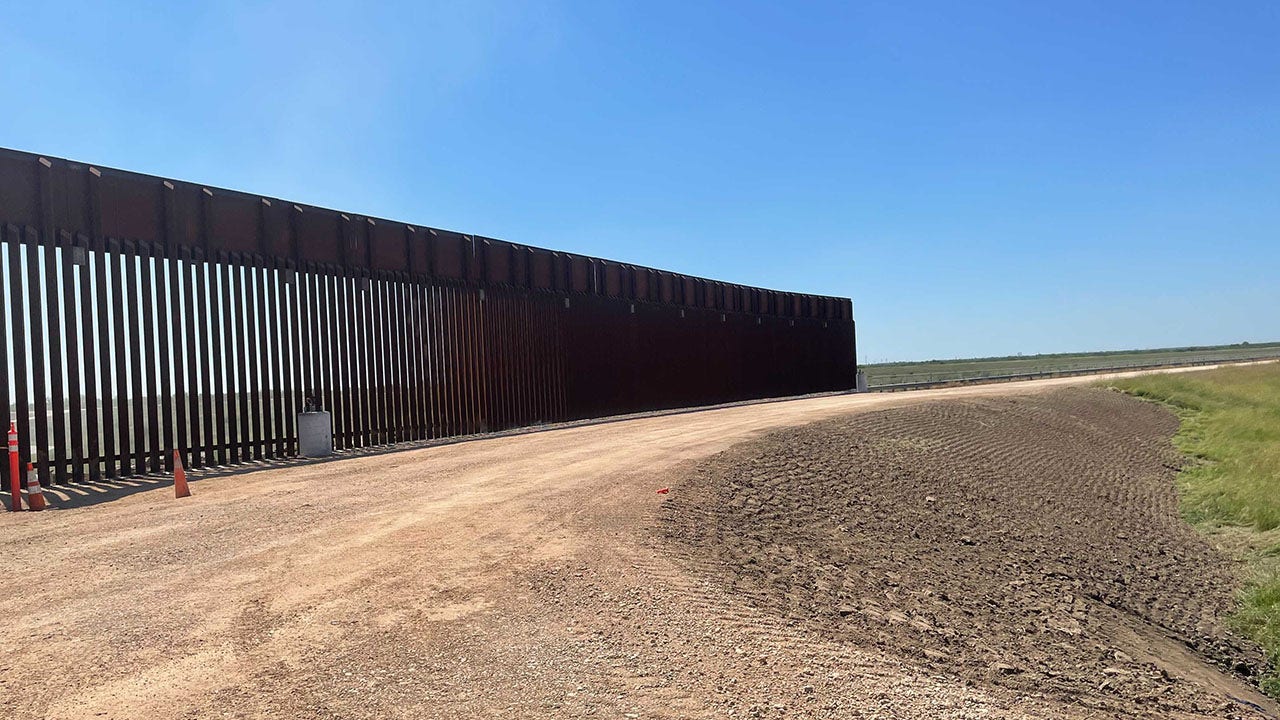