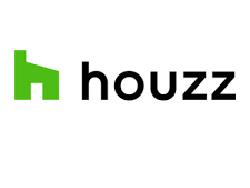 Increased costs are often tied to projects with major changes such as upgrades to home systems (62%) which remain the most frequent enhancement in the bathroom, up three percentage points from last year. Top home system projects include ventilation upgrades (59%) and heating installations such as radiant heating and tankless water heaters (14% and 9%, respectively). More than four in five homeowners hired industry professionals for their renovations (85%), with general contractors being the most popular (48%). On the design side, one in seven homeowners hired bathroom designers (13%).

Additional trends from the study include:

– Transitional Style Leaps Forward: Considering that outdated style is the top trigger for bathroom renovations (48%), it is not surprising that nearly nine in ten homeowners choose to change their bathroom’s style (87%). Transitional style has taken a more substantial lead (25%), followed by modern and contemporary (16%, each).

– Seeing Green: Homeowners are increasingly adding greenery while renovating their bathrooms (35%), up three percentage points from last year. The overwhelming majority say it adds to the aesthetics of the room, while a smaller majority believe it creates a calming environment (88% and 64%, respectively). Practical benefits are also noted among renovating homeowners, including air purification, odor-fighting ability and antibacterial attributes (34, 7% and 7%, respectively).

Wed Sep 7 , 2022
When Julie and Michael Carr decided to renovate the kitchen of their McLean home, their vision was clear. Forget shiny and new. They wanted something that felt a bit more “lived-in.” Something tracing back to Julie’s roots. “Julie grew up in Lancaster County, so she developed a real love for […]