Cat Furniture: More Comfort and Health for Felines at Home

In architecture, the most common is to design for humans only. However, covering the scope of the project for other species is an exercise that has been proposed in several orders. From specific furniture to interior design planned for the animal, the possibilities of creating a more playful and comfortable ambience, both for humans and animals, are diverse. 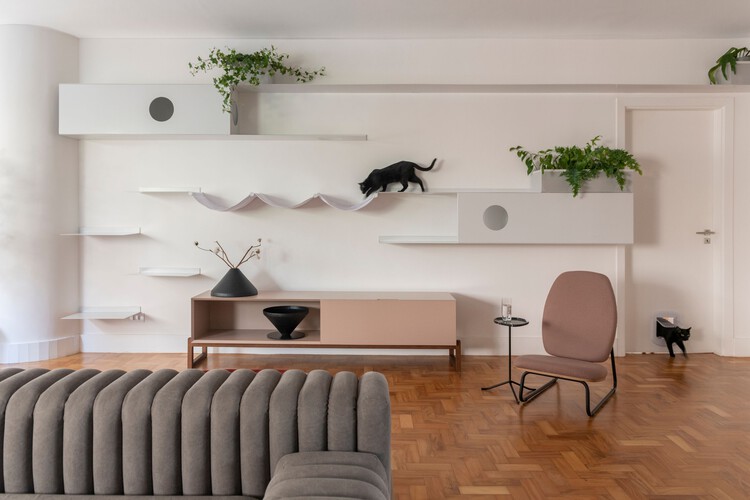 There are several projects that start from this agenda and generate spaces for cats to exercise, find resting niches, so they don’t access parts that have decorative elements and throw them on the floor, or even for the safety of the kitty itself.

At Apartamento Fradique, created by Studio92 Arquitetura, one of the main requirements was that access to the kitchen was closed to the cats while someone was cooking, as in the past, one of the pets had a minor accident on the stove. Therefore, here they lost access to this space, but gained prominence on the shelf in the living room, which was designed to be used as a “playground” by cats without losing its function. In it, the cats gain access to some niches and shelves, so that their movement is limited in a way they do not have access to the parts with decor objects. Thinking about shelves, another example is Teresa Mascaro’s proposition made at Higienópolis Apartment, in which the marine plywood shelves in the living room, through holes, allow the cats to exercise and climb to the highest level, in reinforced concrete, which surrounds the entire social area and serves as a resource for indirect lighting.

In a more modest action, but which still looks to the feline residents, a coffee table was designed to serve as a hammock for them at Mira Apartment, designed by SuperLimão. At Loloite Apartment, URBANODE arquitetura went a little further and designed a piece of furniture for the house’s cats, which serves as a guardrail for the stairs.

In this more multifunctional sense, of taking advantage of an existing function of the house to transform it into furniture for cats, Adhoc Arquitectura y Territorio created a space for cats in f(x) House: a garden that materializes in rolling cupboards, with holes and steps designed so that the cats can play, at the same time serving as elements that hide the laundry room.

Finally, in more radical interventions, we have two examples in which the apartments have environments specifically designed for pets. In the case of Apartamento Arluzia, designed by Matú Arquitetura, the client expressed from the beginning the interest in “catifying” the apartment, which brought a specific perspective to the project and allowed the elaboration of a design that would meet everyone’s needs, both in terms of function as well as aesthetics, through a shelf-playground for the cats or an underpass through the doors, in order to allow the animals to move. KC Design Studio, by means of details, found the transformation of the concept between spaces as furniture and furniture as space at Cat’s Pink House, where, for example, the stairs on which the cats walk matches the owner’s office desk in order to work and play with the kittens at the same time.

Thu Mar 24 , 2022
PORTLAND, Ore. (KPTV) – It’s been two years since construction began on a new 35 story skyscraper in downtown Portland and on Wednesday, construction poured the last bit of concrete at the top, signaling a new phase in construction. Around 350 workers ate free lunch and listened to speeches from […] 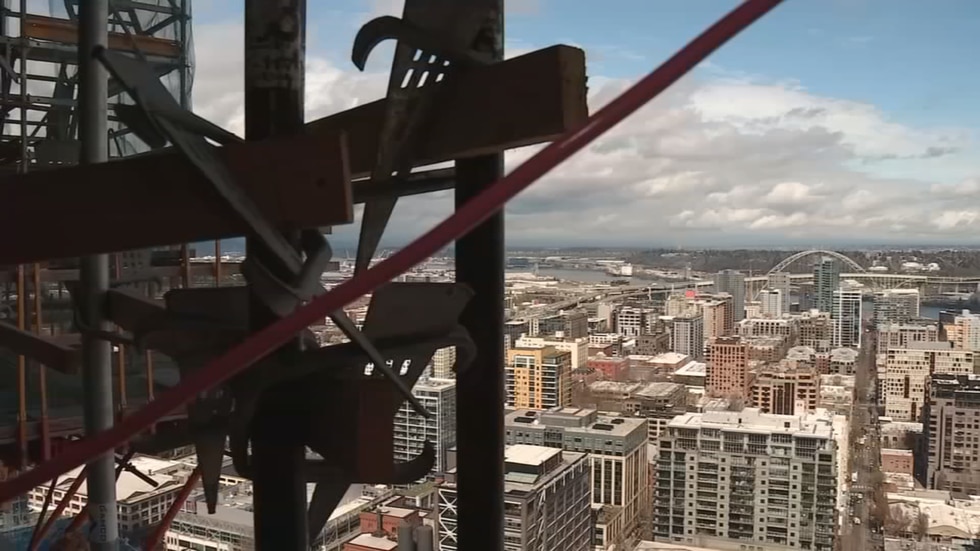