The changes approved by Council’s Development, Planning and Sustainability Committee would grant greater property tax relief than Bibb had pitched for the remodeling of one-, two- and three-family homes.

Bibb’s proposal sought to ditch the city’s longstanding one-size-fits-all approach to tax abatement, which for years has allowed property owners to pay no additional property taxes for 15 years on new home construction and substantial renovations of existing homes.

To replace that approach, Bibb maintained the 15-year abatement, but sought to grant varying levels of property tax relief for homes depending on their locations. Under his plan, homes in neighborhoods with strong housing markets would receive 85% abatement, homes in “middle” market neighborhoods would receive 90%, and homes in neighborhoods with the weakest housing markets (called “opportunity” areas) would still have been eligible for 100% abatement. Bibb’s plan also capped the abatements, in which tax relief would only apply up to a certain threshold in home value.

But council members, over the course of a four-hour hearing, tossed that methodology for renovations, opting instead for a 100% abatement for the remodeling of one-, two-, and three-family homes, no matter their location. They also did away with the cap for remodeled homes.

The committee also tweaked tax relief for the renovation of large housing developments comprised of four or more homes, ratcheting it up to 100% abatement for such homes in “middle” markets. Those markets — which include portions of Lee-Harvard, Old Brooklyn, Kamm’s Corners and North Collinwood neighborhoods – are today largely comprised of single-family homes, rather than larger, denser housing developments seen elsewhere in the city.

The committee left intact numerous other aspects of Bibb’s overhaul.

For example, it maintained the reduced, 85% abatement for homes in the city’s hotter markets that have been the major beneficiaries of the tax abatement in recent years, such as the Near West Side, University Circle and downtown. And it maintained a community benefits provision that would require multi-family buildings to set aside some units as affordable housing or pay into a city trust fund that would be used to support affordable housing.

But the committee made other changes on Tuesday, including:

*A ban on abatements for homes used as AirBnBs or other short-term rentals, meaning the city could revoke abatements on homes if they are used for such purposes. McCormack backed this change, saying the program is meant to address residential housing, not business ventures akin to hotels.

*Requiring the city to track the demographics of applicants and occupants of abated developments, a change which attempted to address concerns that affordable units are not necessarily being rented to their intended targets.

*Requiring the Bibb administration to report on how the new tax abatement is working out, once it’s in place for 18 months. (Committee Chair Anthony Hairston said that report would help council decide whether to change the policy or continue it as-is.)

Hairston said other changes are potentially in the works, including ones that would:

-Tweak the map that defines which areas are considered strong, middle and “opportunity” markets

Council’s changes are a response to what members saw as various flaws in Bibb’s proposal.

Several members were concerned that specific areas of the city were categorized improperly by market type. Old Brooklyn Councilman Kris Harsh, for example, described one area that’s home to a trailer park, which the city deemed a “strong” market.

The city partnered with researchers from Case Western Reserve University to draw up the current map, which used a data-driven approach and considered factors like home sale prices, density, the age of the homes, foreclosures and demolitions in determining market type.

(See an interactive version of the map here.)

Hairston indicated that any of council’s changes to the map would be targeted and surgical, rather than wholesale.

Harsh also saw problems with the city’s approach to middle-market areas, which are on Cleveland’s fringes. Meanwhile, he noted, strong markets and “opportunity” markets intertwine and butt up against one another throughout the city’s core.

“We’re going to tell a developer that they can go from 85% high-market rate and literally cross the street [into an ‘opportunity’ area] to get 100% abatement. But they shouldn’t go to the edge, because they’ll only get 90%” Harsh said. “We’re disincentivizing investment in those middle neighborhoods.”

Councilwoman Jenny Spencer, whose ward includes booming areas of Detroit-Shoreway and weaker areas, raised a different concern about the abatement cap. With it in place, she foresees development “quickly” flowing from hot areas in Detroit-Shoreway into adjacent weaker areas and displacing residents there.

Council will likely look to approve any additional changes and the full policy as early as Monday, which is council’s last-scheduled meeting before the policy expires June 4.

Wed May 18 , 2022
By: N-Hance Wood Refinishing |  0 Shares     34 Reads N-Hance provides tips on increasing your return on investment May 18, 2022 // Franchising.com // Experts with N-Hance, one of the fastest growing wood refinishing franchises in the nation, are helping customers increase their property value with remodeling projects like kitchen cabinet […] 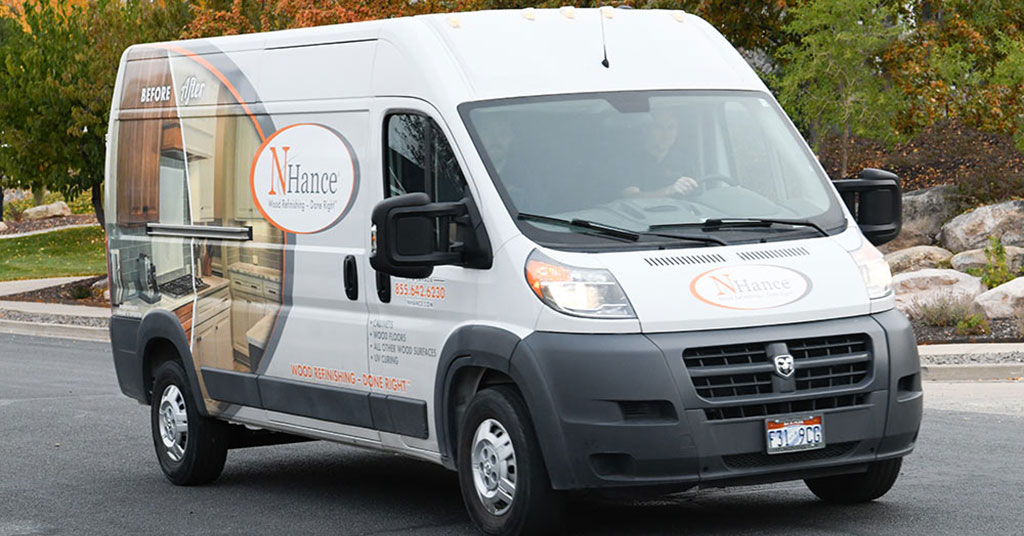