‘As a team, we accomplished the goal of winning a championship banner that will hang in the Coldwater rink for years to come,’ said coach

The Coldwater Wildcats U18 LL1 team recently claimed the Georgian Bay Triangle U18 LL A-Division title with a two-game sweep of in-house rival Coldwater U18 LL3.

As part of the 16-team U18 League, the LL1 Wildcats completed a perfect 12-0-0 regular season. In what was supposed to be a 20-game schedule, the team lost eight regular-season games during the league shutdown in January.

In going a perfect 12-0-0 in the regular season, the Wildcats secured the top spot in the standings and an A-Division spot for the five-team, six-game round-robin. Other teams that would compete in the head-to-head round-robin included the Collingwood Blues, Honeywood Hurricanes, Oro Thunder, and Coldwater Wildcats (LL3).

In head-to-head action, the Wildcats round-robin record of 5-0-1 was good for the top spot and a trip to the Championship series against Coldwater LL3, who finished with a record of 4-2-0.  In the championship series, the LL1 Wildcats would claim the title with a two-game sweep in the best of three series. Game scores were 5-3 and 7-3 victories.

The league championship capped a fun and competitive season for the players.

“This was a special season for the boys. Some players came back to play one last season with hockey buddies from seasons past and some new faces made new friendships,” said head coach Tim McConaghy.

“It was a great group of kids to work with and be able to coach. As a team, we accomplished the goal of winning a championship banner that will hang in the Coldwater rink for years to come,” said McConaghy.

“Many of the kids have now completed minor hockey, some will be going on to college or university, while others will continue to play on other teams. Some day, years from now, they will be able to come back to the Coldwater rink, see their name on the banner and recall the memories from the great season they all had,” McConaghy added.

Earlier in the season, the Wildcats claimed the Parry Sound Shamrock tournament by going a perfect 5-0-0, defeating the Thornton Tigers 7-2 in the final.

Teams Awards for the season were as follows:

Tue May 3 , 2022
RH (formerly known as Restoration Hardware) is renowned for its enormous sofas and tables crafted with weighty slabs of salvaged wood. Now the furniture manufacturer is taking a seat (as well as making them) at the aviation and marine tables with RH One, its private jet, and RH Three, its […] 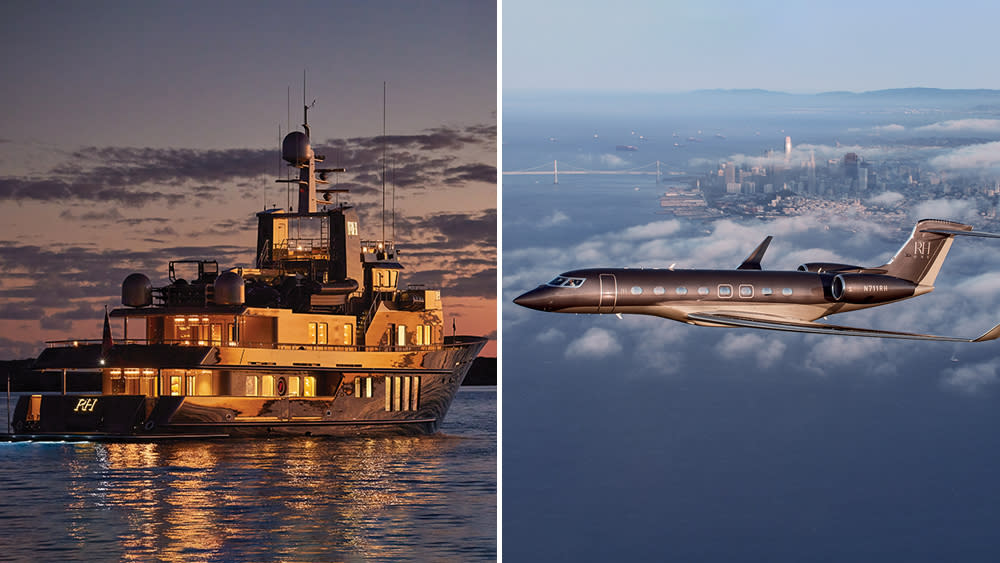