Austin’s skyline continues to grow. The workers behind who make it happen are running scarce. Pay rates are up in the industry in efforts to hire more people.

AUSTIN, Texas — There’s a shortage of construction workers in Central Texas. As Austin attracts more businesses and people, there are fewer workers to construct homes and buildings.

Jeff Light, vice president of operations at Hoar Construction, said the skyline will only grow bigger. There’s a lot of movement in the city, and it’s been hard to keep up.

“We’re definitely in a boom,” said Light. “A lot of people describe it as a boom, but it’s a bit unprecedented. The growth of the city is coming faster than what you typically would be able to respond to.”

Because of this, they’re not able to take on all projects.

“It’s creating a bit of an imbalance, which has some consequences,” said Light. “That’s driving up the cost of labor because people are willing to pay more for the labor. It’s making projects run longer because there are fewer people to work on projects.”

Tanner Potts, who we spoke to in December, works with Hoar Construction. He said because of the staffing shortage, they’ve had to get creative.

They’ve had bathrooms and exterior walls of a building built off-site. Pipes and electrical equipment have also been made beforehand. This has saved a lot of time and has allowed them to work without the extra hands. They’ve also noticed that building things off-site is more cost-efficient at times.

Despite this, workers are still needed. Light said there’s no better time to go into construction because companies are paying more money.

However, there is one downside of having people come into the industry without much experience.

“The consequence of that is that that tends to lead to worse production,” said Light. “Things don’t get built as fast as you typically expect them to. And quality can suffer because these people have not been doing this for a long time.”

‘Are you okay?’ Mother thanks Corpus Christi Starbucks employees for looking out for daughter

Tue Feb 22 , 2022
Northeast Raleigh is just weeks away from the start of a two-year-long road construction project to widen Atlantic Avenue between Highwoods Boulevard and New Hope Church Road. Show Transcript IS LIKELY TO BE A QUARTER OF AN INCH OR LESS. I’LL OUTLINE WHEN THE RAIN CHANCES ARE THE HIGHEST COMING […] 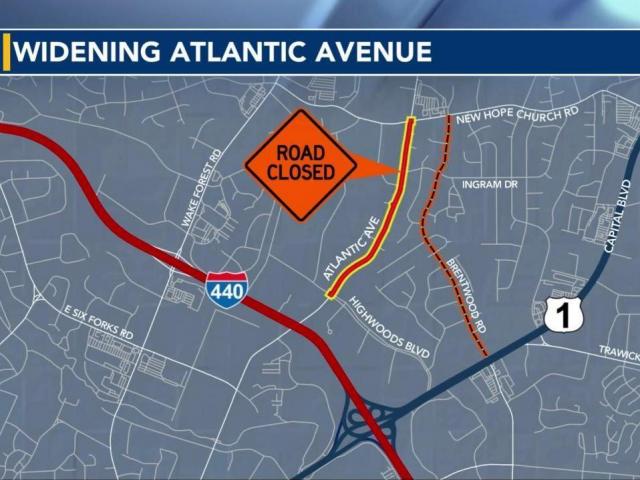