ROCHESTER, Minn. (KTTC) – The Elton Hills Drive Bridge construction is expected to take a bit longer to be completed. Construction was supposed to wrapped up by June 30th, but is now expected to get done in late July or early August.

Because of the delay, the city is asking for monetary damages from the contractor. City staff members say the funds will go toward project costs.

“Certainly made some changes as far how from a delivery standpoint we get out of this area to go make deliveries,” Rennings Flowers owner Phil Schroader said.

One the west side of the bridge, local businesses have to make sure customers know about detours to get to the stores.

“We’ve had a number of customers say how do we get to our store now,” Schroader said.

On the east side of the bridge is this strip mall where there used to be four businesses, but now only one remains.

“We’ve lost three of our neighbors already and that’s an indication of the impact on the business,” Dunn Brothers Coffee owner Dennis Wong said.

Dunn Brothers Coffee has had to cut down hours and let go off staff members since the construction has started.

After temporarily losing the prime location along a main drag of the city, not as many people travel in the area.

“We lose a big part of our morning drive time traffic because people are re-routed, and it’s not an convenient as it was,” Wong said,

Business owners say the delay is disappointing to hear, especially during the warmer months when business typically picks up.

“People enjoy that walking trail, biking trail. It’s a beautiful walk, so we miss that as well,” Wong said.

“People just want to get out and shop a little bit, too. So now’s the time that we normally get a little more walk in that way too, so that’s going to be curtailed for another month,” Schroader said.

10 most popular home remodeling projects and how much they cost

Sun Jun 5 , 2022
(STACKER) – When the pandemic hit in 2020, people had no choice but to stay in their homes. According to the U.S Bureau of Labor Statistics, the number of employees working from home nearly doubled during the COVID-19 pandemic, rising to 42%. All that time spent at home led to […] 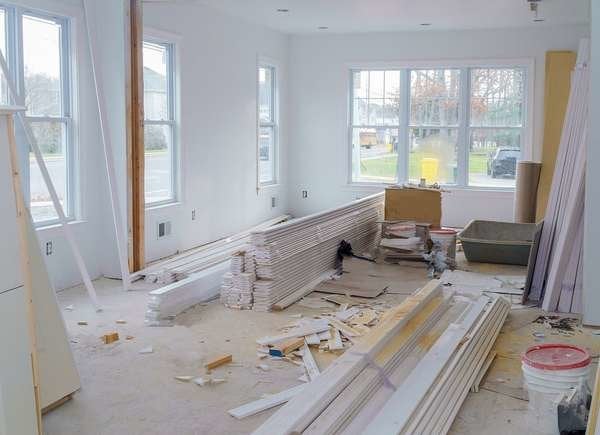