An Englishman was able to turn back time during a home renovation.

While working on restoring a home in Birmingham, Scott Bevan, 42, found a package from 1969 tucked behind its fireplace, The Sun reported.

Inside the parcel were old Birmingham Evening Mail newspapers from that year as well as a photograph of the previous homeowner, Ethel Wright.

After that first startling discovery, Bevan came across another artifact — a set of 34-year-old documents in a column on the other side of the fireplace.

The aged papers included a card from the abode’s previous owners with well wishes of “luck and happiness” for its new tenants.

The heartwarming letter said, “We came here end of May 1967, it was then newly built and we have found contentment and security in these four walls. We hope you enjoy the house and garden as we have.”

The note, which was signed by the former owners as well as their sons and daughters-in-law, went on to say that the original fireplace was erected in 1969, and the second in 1988.

It also predicted when it would one day be uncovered, saying, “I suppose when you arrive you will want to make major alterations so presumably you will find this note.”

Brevan was doing the repair work for his sister,  who moved in to be closer to family after suffering a brain aneurysm.

“I just think it’s a selfless and lovely thing to do and that is what is missing from the world at the minute – thinking about others,” he said. “Hopefully Debbie does find that happiness, contentment and security that the previous owners found through the house too.”

9 Ways To Save on Kitchen Renovations

Tue Sep 13 , 2022
viki2win / Shutterstock.com You know what they say: kitchens sell houses, and a kitchen renovation is a smart way to increase the value of your home. Save More: 9 Bills You Should Never Put on AutopayLearn: This Credit Score Mistake Could Be Costing Millions of Americans Making over the kitchen […] 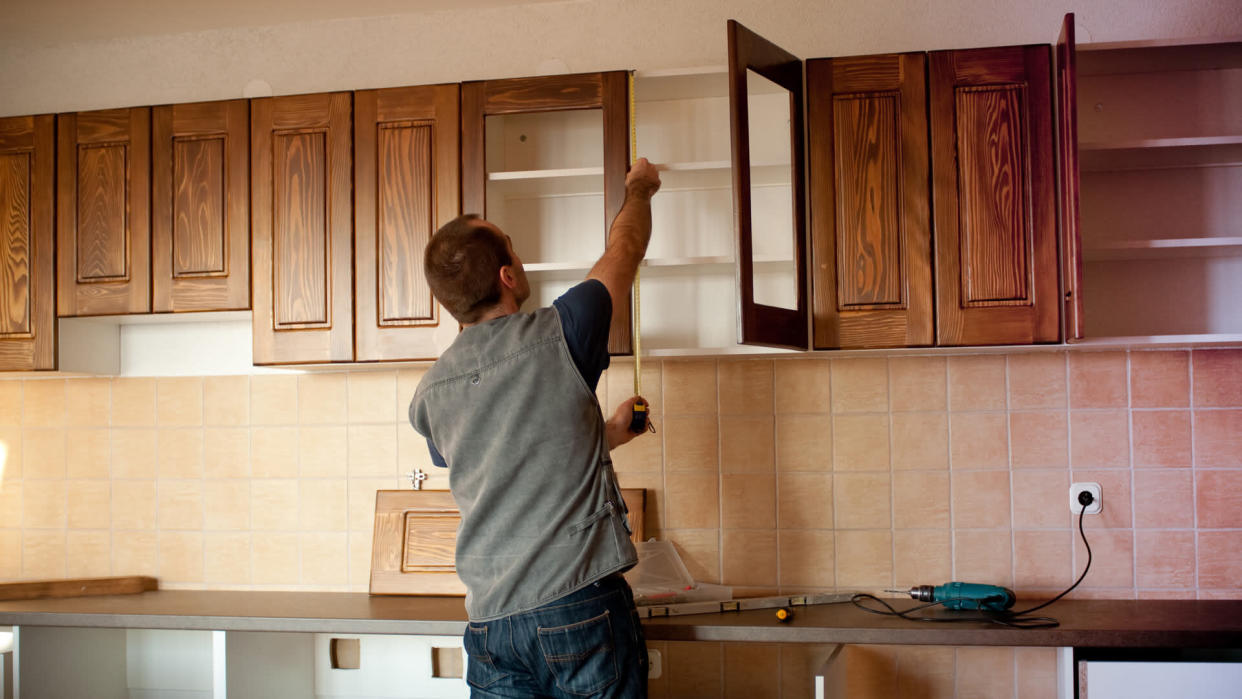