Femingas: Participatory Construction with a Gender Perspective in Ecuador

In the field of design and construction, the question of gender is a point of conflict: who has the possibility of building? What are the alternatives for us architecture professionals? These are the questions that Taller General (re)think about. It is from these questions that Femingas, a participatory construction conference with a gender perspective, arose. These are manifested as an alternative to the construction of “mingas”, days of joint work between the members of a community to achieve a common good. 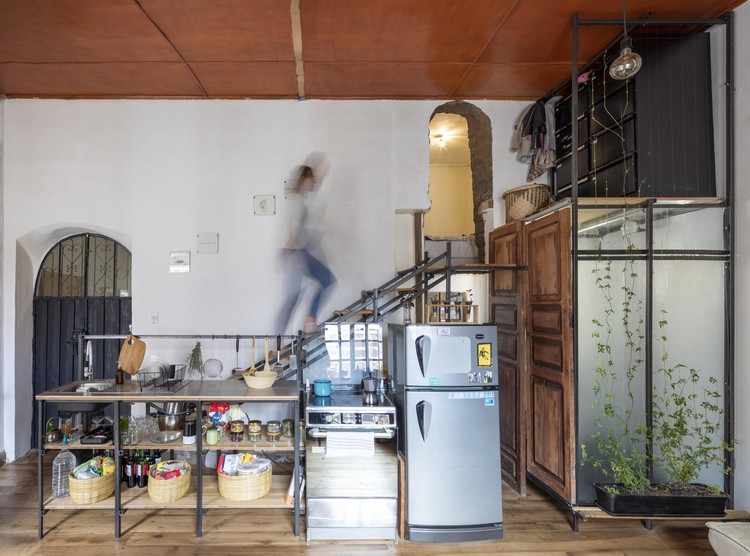 The process began in 2019, through a spatial rehabilitation project located in the Historic Centre of Quito, Ecuador. The proposal consisted of designing a new space as a whole that could unify the acquired canvas of 28 m²: four white walls, high triplex ceilings, stave floors and two windows facing the street. There was only a wooden partition dividing the large space in two and a room located on an upper level with no connection whatsoever. It is worth noting that this circumstance is repeated in many heritage dwellings in the Historic Centre, which, having been subdivided over time, have ended up containing unused spaces.

This is why the creation of an autonomous cell prototype is proposed, which does not affect the adobe house and at the same time concentrates the missing equipment to convert the acquired space into a house: kitchen, bathroom, stairs and storage space. Thus, it is proposed to use a metallic construction system of easy execution, which has the characteristic of being resistant, light and easy to assemble.

For the construction of this proposal, Femingas took place, which were made up of 6 meetings. More than 10 women (between the ages of 23-56 from different professions) took part in them and completed the spatial intervention, opening up a new world of encounter and learning. This is due to the fact that the Femingas mean much more than the construction of architectural objects, because through laughter, shouts, music, voices and conversations, an air of magic can be breathed.

When women come together to build, it generates a community movement, which brings with it questions and comments that help to further the (de)construction of societal gender roles. For example, “when we walked down the street with the long tubes there were many looks of shock or wondering what we were doing and there was one man who said: look at those working women!” commented a participant in the Femingas 2020.

Subsequent to the initial project, around 10 additional meetings have been held. In these meetings, the members of the Femingas have carried out various activities, such as: cutting a wall with a grinder and then removing the adobe with a combo and picks; sanding, cutting and curing wood for the footprints of steps; drilling and joining metal pipes; cutting and gluing glass or polycarbonate; painting walls and ceilings; clearing rubble; assembling wooden furniture; painting metal sheets with a compressor; assembling dividing walls, etc.

In addition, as a result of the workshops, a Fanzine was produced as a synthesis, which expresses fragments experienced together with the testimonies of each of the participants. For this project, Tiphaine, who was doing her internship at Taller General at the time, was responsible for the illustrations. It was then printed and silk-screened with the help of illustrator and Femingas member Canela sin miedo. The Fanzine seeks to share the experiences lived in the Femingas in order to spread autonomy, encouraging free and emancipatory spaces for doing.

Femingas facilitates women’s actions based on freedom, making use of their autonomy to achieve new objectives. “We recognise and value that each one of us has our own experiences and learning, and by putting them into practice we resolve what we want to build. In this way, the Femingas became a personal and political tool for each one of us”. The architects of Taller General comment.

Sat Jun 11 , 2022
For years, it sat empty and unused along the eastern edge of Penn State Behrend‘s campus in Harborcreek Township. While the township’s oldest brick house — built in 1838 — crumbled outside, squirrels scattered walnuts inside. In earlier times, the building that Behrend dubbed Federal House had been a stagecoach […] 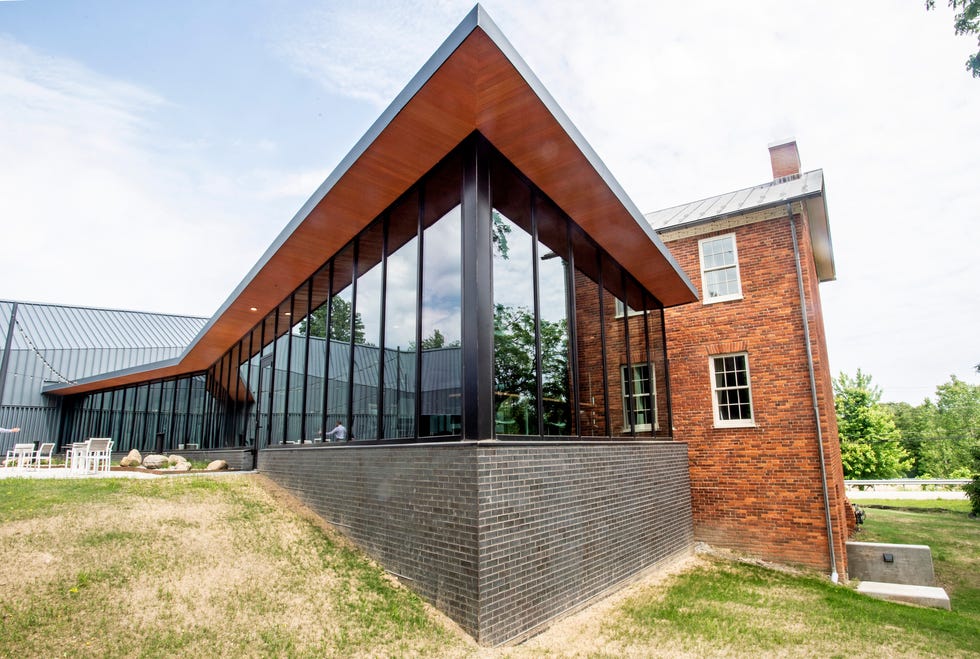