The tombs were discovered near the town of Beit Lahia as work began on an Egyptian-funded residential area, part of the $500 million reconstruction package Cairo pledged after the 11-day war in May between Israel and armed groups in the Gaza Strip.

Naji Sarhan, an official at Gaza’s Ministry of Public Works, confirmed the find and said there is “evidence that there are other graves” at the site.

Construction work has been halted and technicians from Gaza’s Ministry of Antiquities and Tourism have been sent to the site to catalogue gravestones and artefacts, officials said.

One technician, who requested anonymity, said the tombs were believed to be part of a cemetery linked to a nearby Roman site in Balakhiya.

The find was the latest in Gaza, where tourism to archaeological sites is limited due to an Israeli blockade imposed since Hamas took over the strip in 2007.

Israel and Egypt, which shares a border with Gaza, tightly restrict the flow of people in and out of the impoverished strip, which is home to about 2.3 million Palestinians.

This document is subject to copyright. Apart from any fair dealing for the purpose of private study or research, no
part may be reproduced without the written permission. The content is provided for information purposes only.

Tue Feb 22 , 2022
— Recommendations are independently chosen by Reviewed’s editors. Purchases you make through our links may earn us a commission. Presidents Day furniture deals have arrived—but there’s only a limited time to take advantage of the savings. If you’re looking to give your interiors a makeover, we’ve rounded up all the best […] 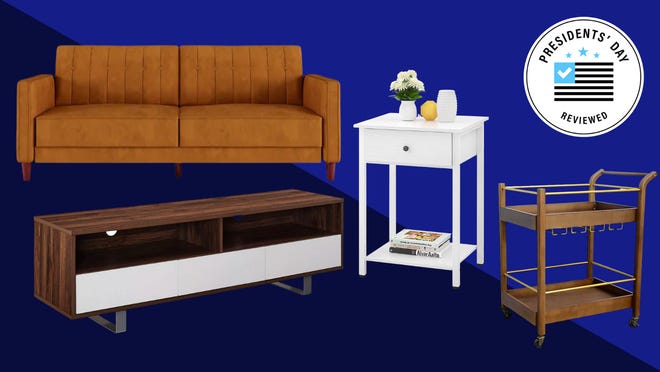