With its furniture made by a couple of dozen rural American workshops and in-house craftsmen, Arcola, Ill., manufacturer Simply Amish would seem to be far removed from the global supply-chain strains that have hobbled most businesses.

But the seller of handmade tables, chairs and beds famous for clean, simple lines and old-fashioned sturdiness has seen its costs skyrocket as volatility in lumber markets has raised prices for the wood used to make its products.

Lead times for Simply Amish’s deliveries to dealers have also increased dramatically even though the company sources the maple, cherry and other woods from within 500 miles of its plant in central Illinois. The furniture also includes parts like knobs and pulls whose sellers import them from Asia, as well as table slides from Germany, items that have been caught up in bottlenecks at ports and other swamped distribution hubs.

The problems in such a seemingly pared-down domestic supply chain, one that harks back to an era before offshoring and other pillars of globalization, suggests how deeply embedded global sourcing has become in manufacturing. The issues at Amish furniture shops and sellers of their goods also highlight the challenges companies face in trying to get more resilient to global disruptions by bringing production closer to home.

Top news and in-depth analysis on the world of logistics, from supply chain to transport and technology.

Mike Miller, director of operations at the online Amish Outlet Store based in Smithville, Ohio, says its network of Amish builders supply solid beds, dining sets and outdoor furniture crafted from North American hardwoods. But the company’s and suppliers’ lead times to fill orders have jumped from three months to up to nine months, he said, because of shortages of both locally-sourced and imported components. Some of the builders’ hardware and fabric, for instance, comes from Asia and Germany.

The builders have also been hit by rising costs for their basic materials.

Lumber prices have fluctuated wildly over the past two years as demand for home goods including furniture has soared, stretching capacity at sawmills and triggering supply shortfalls and higher costs. Two-by-four futures prices hit records in May 2021 as the pandemic housing boom took off, then they dropped steeply the following summer, only to lift again in the fall and winter of last year.

The sharp swings in the commodity markets have reached into the real world, with limits on daily trading slowing the flow of actual lumber and forcing traders to hold the wood as a buffer against potential losses, exacerbating the tightness in supplies.

Mr. Kauffman of Simply Amish said maple prices rose as much as 70% during the pandemic, while the price of cherry and some others increased 25%.

“‘What started out as global has made its way down to the small local Midwest craftsmen.’”

The cost increases have reached showrooms and online stores. The retail price of a bed at Amish Outlet Store, for instance, jumped from $2,300 to $3,300 over six months, said Mr. Miller.

“What started out as global has made its way down to the small local Midwest craftsmen,” he said.

The broader U.S. furniture market has become a prime example of the globalization of American supply chains over the past two decades.

Less than half of the wood furniture sold in the U.S. in 2002 was imported, but the share of imports reached 86% in 2020, according to Richmond, Va.-based investment banking and corporate advisory firm Mann, Armistead & Epperson, Ltd. Furniture imports by value have increased by nearly 70% over the decade ending in 2020 to $30.7 billion, with China supplying more than a third of that amount, the firm said.

That has left many furniture importers vulnerable to supply chain disruptions such as the backup of ships outside U.S. ports and to the sharp increases in container shipping prices since 2020.

Countryside Amish Furniture in Arthur, Ill., has seen lead times for delivery of its orders extend to 10 months from as little as three months, which has dented sales, said owner Melvin Stutzman. Everything is locally sourced, he said. But the hundred or so small family workshops in Ohio, Indiana and Pennsylvania that supply the store have raised prices by roughly 40% amid shortages of everything from stains to drawer slides.

The family woodworkers, who only make items to order rather than stockpiling inventories, are struggling to keep up with demand, said Mr. Stutzman.

‘I’ll just punch the order in, it came in,’” he said. “It doesn’t matter whether it’s a desk or a dining table,” said Mr. Stutzman, the supply chain problems are “pretty much across the board.”

Mon May 2 , 2022
The City University of New York will spend $1 million this year to prevent a “hole in the ground” from flooding at the site of a long-stalled construction project, The Post has learned. The boondoggle is a result of government dysfunction after CUNY dug a foundation for a new $300 […] 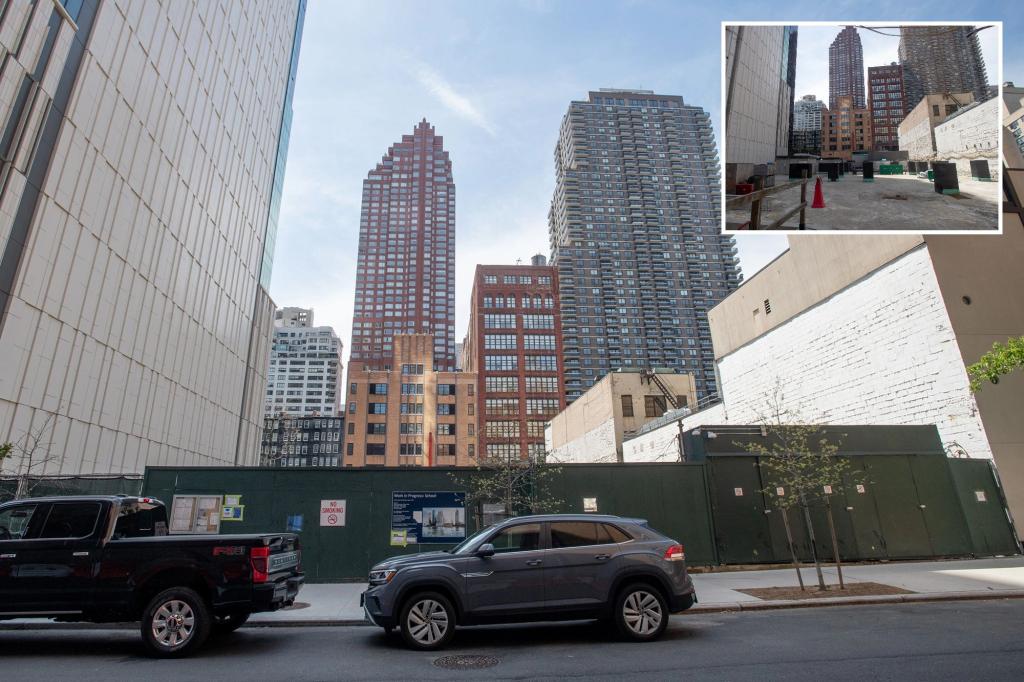