A sect of New Yorkers who hunt down discarded furniture on the city streets are making a fortune off of their finds, including a woman, Denise Gordon, 68, who once found and flipped a leather Eames lounge for $2,000.

‘People don’t know what they’re throwing away,’ Gordon, who lives in Gramercy Park, recently told The New York Times. ‘In my neighborhood, they don’t know and they don’t care.’

It is a practice known as stooping, and those who partake in it – stoopers – know how to read the city’s trash piles in order to hone in on potentially valuable furniture-finds that would otherwise wind up at the dump.

Some stoopers make money flipping their finds, while others have furnished entire apartments with other people’s trash – what they would call a ‘stooping success.’

There are even a number of TikTok and Instagram accounts, such as @stoopingnyc, which post photos and the locations of discarded furniture, and offer advice to fellow stoopers. 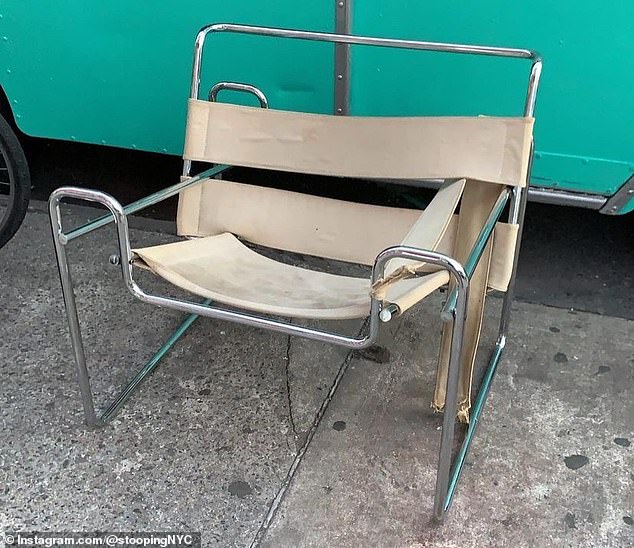 It may look like junk, but a discerning stooper knows that, with a little love, this vintage Wassily chair could resell for $3,000 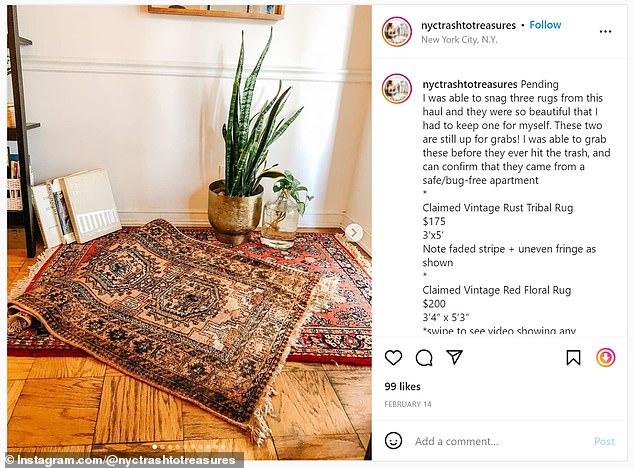 Bronwyn Tarboton scavenged both of these rugs from New York City trash piles, and sold them for $175 and $200

Bronwyn Tarboton, an actress who spends her free time restoring and reselling furniture she finds on the street, shares her methods on the TikTok account @nyctrashtotreasures.

In a March video, she shows how she rescued a pair of vintage folding chairs from the trash, reupholstered them herself for $5, then sold them for $150 on Instagram.

Tarboton recommends using Google Lens to match finds with brands and determine value and demand for the item right there on the sidewalk.

‘That way you can see how much something is worth, how much things are selling for,’ she told The New York Times.

A ‘stooping success story’ on the account stoopingnyc from a lucky stooper who scooped up an Eames ottoman that could resell for up to $1,500 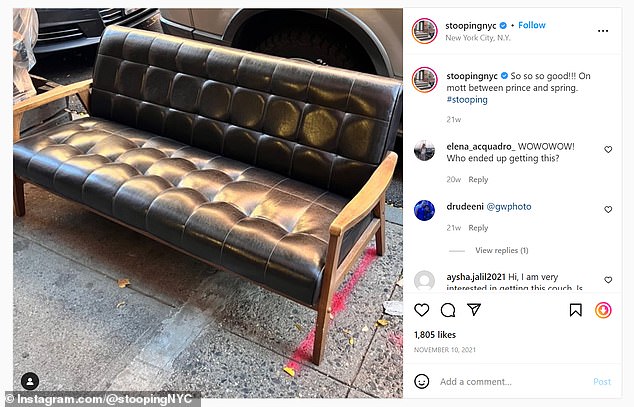 There are numerous stooping accounts on Instagram. Along with photos of the sidewalks-finds, accounts will provide the cross streets so that stoopers know exactly where to go 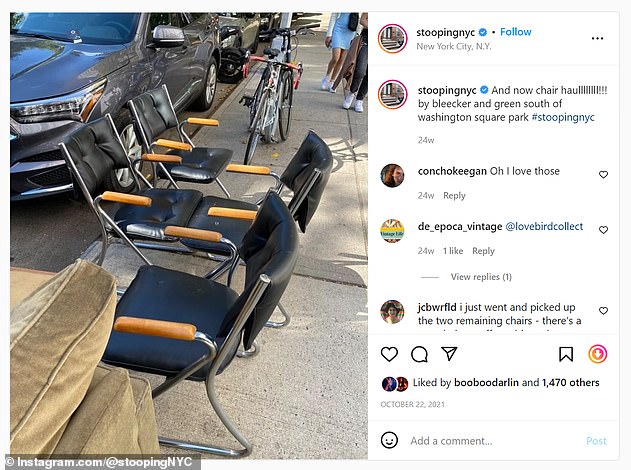 The competition is quick for stoopers, and it’s not uncommon to arrive at a posted location and find the dream-furniture gone

P.J. Gach, a full-time writer and part-time curator of the Instagram account @nycfreeatthecurb, recommends checking trash collection schedules and staking out luxury buildings early in the morning, as they set out their garbage just before the trash trucks arrive.

Gach and Tarboton both carry screwdrivers and simple tools around with them wherever they go in case they come across furniture that requires disassembly.

‘It’s sort of like camping or hiking – you want to be prepared,’ Gach told The New York Times. 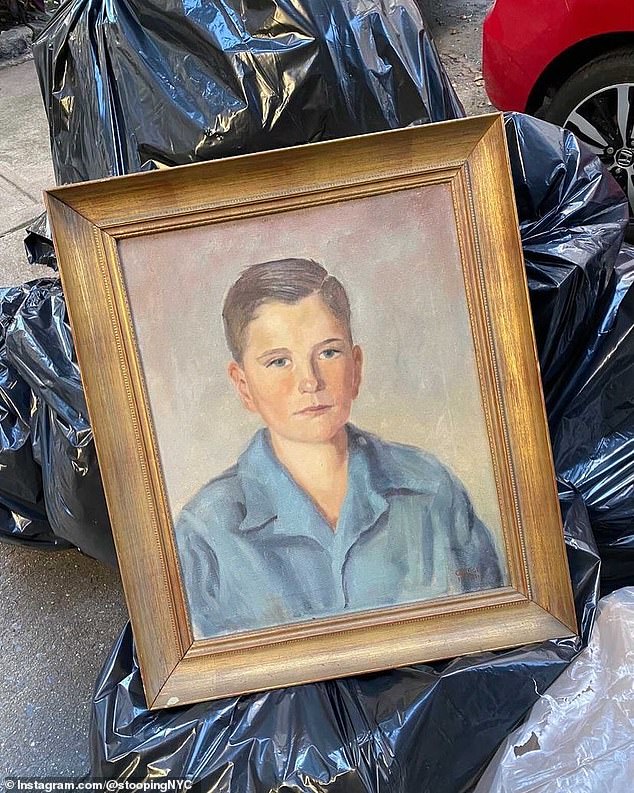 Oddities, like this canoe, are not uncommon on stooping accounts 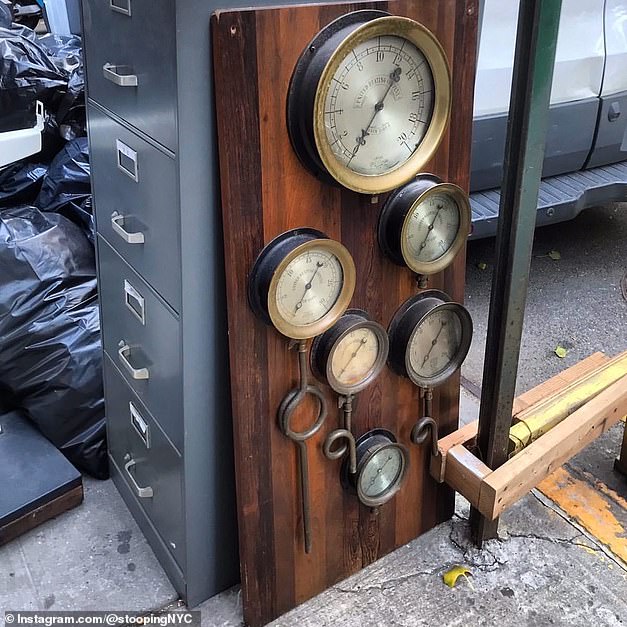 Stooping-finds often come in mismatched pairs. Pictured here is an opportunity to check barometric pressure and file some paperwork

For a fee, Stoobing will pick up, store and deliver items of furniture that stoopers have claimed on the sidewalk or seen on stooping-alert accounts.

Stoober’s service starts at $60 for two pieces of furniture, and $20 for every additional piece.

She also sells found items and helps others sell them, with prices currently ranging from $60 rattan shelves to a $175 painted dowry box on the Stoober website. 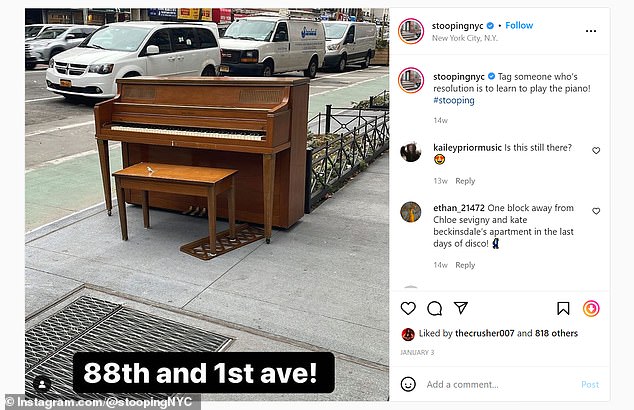 Upright pianos make a surprising number of appearances on stoopingnyc 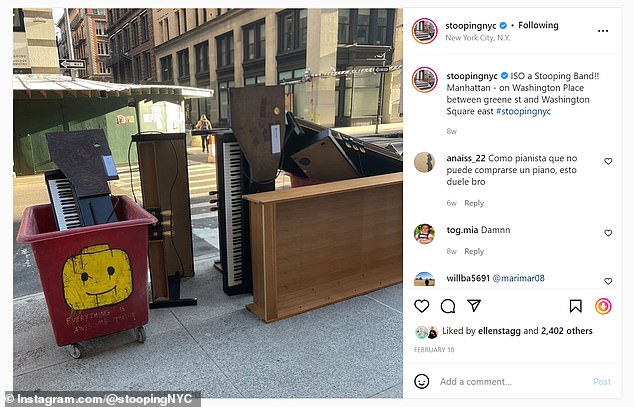 Adept stoopers also have neighborhoods they prefer for different types of finds.

Veazy told the New York Times she prefers scavenging in Harlem, and Jessica Wolff, who runs the Instagram account @stoopinginqueens, thinks Jackson Heights is best for antiques, and that Long Island City is best for quality. 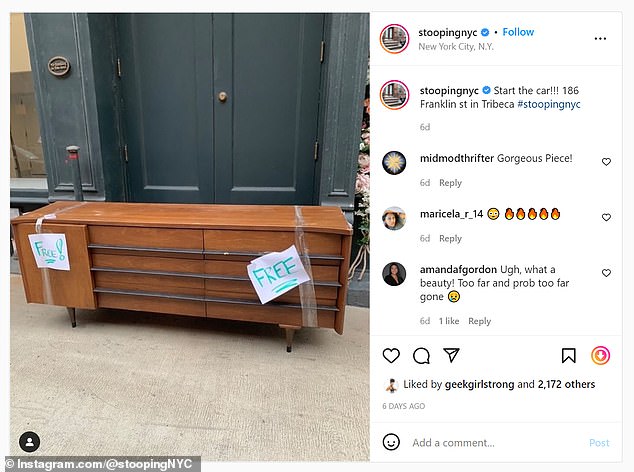 Champlain Parkway gets closer to construction