We all know the saying, “One man’s trash is another man’s treasure.” But have you ever wondered how that treasure ended up as trash in the first place?

IKEA Norway has the answers. In an ad promoting their Life Collection 2022, the company went to various Norwegian homes and found used furniture which need new owners. The video then highlights the different reasons — some serious, others more trivial — these items are being abandoned.

For instance, a SAGSTUA bed frame is being given away after the couple who owned it got a divorce. There’s also a set of TOLEDO chairs, bought in 1977, that’s being resold after the owner died last year. Another owner has put his MARKUS chair back on the market after his girlfriend found it too tacky. And then there’s a FJÄLLBO shelf that’s been left behind because it was too hard to assemble.

“Life is a rollercoaster,” IKEA wrote, “so there can be many reasons why you have furniture you no longer need.”

To become more sustainable, IKEA has been encouraging customers to sell their furniture back to the company, who will then find new owners willing to take home the pre-loved items. It’s definitely better than sending your old stuff straight to the dump.

“We wanted to show how we understand that furniture isn’t necessarily useful forever,” said IKEA Global Marketing Manager Roberto Giannone. “Our new secondhand stores are needed because life happens, and we needed a more sustainable way of treating our furniture.”

What do you think? Do you like this new initiative by IKEA or would you rather not know the reason an item is being resold?

Sat Sep 24 , 2022
The Lucas Museum of Narrative Art has released images of its MAD-designed home under construction in Los Angeles and announced an opening date of 2025. Under construction alongside the LA Memorial Coliseum stadium in Exposition Park, the five-story building will be home to the Lucas Museum of Narrative Art when it completes. The […] 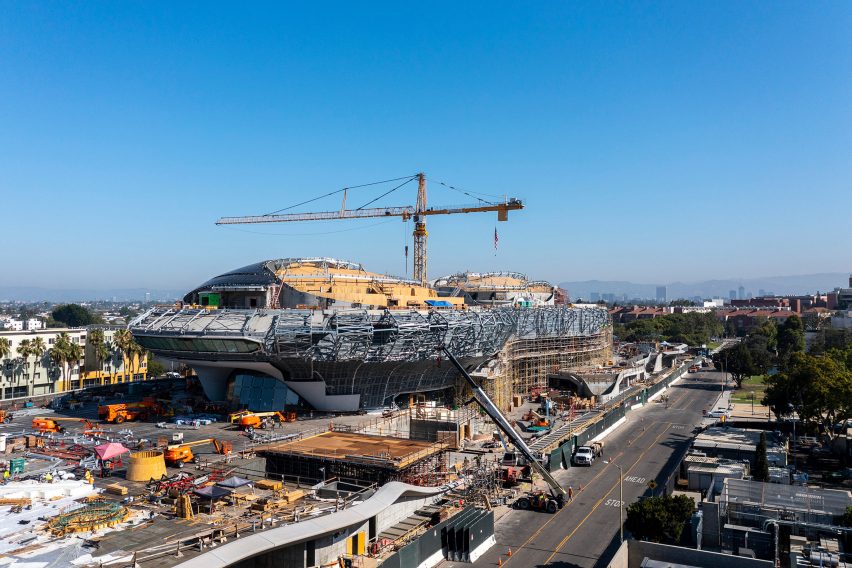