NEW YORK (AFP) — Donald Trump’s former advisor Steve Bannon was charged with fraud Thursday over a scheme that misappropriated millions of dollars donated for the construction of a wall between the United States and Mexico.

Bannon, 68, a far-right ideologue who was closely involved in Trump’s rise to the American presidency, turned himself in earlier in the day to face the charges in New York.

Standing outside the Manhattan prosecutor’s office, he accused the judiciary of “persecuting” him.

Bannon and a nonprofit organization called We Build The Wall were charged with money laundering, conspiracy and fraud over what prosecutors said was a year-long fundraising scheme that netted more than $15 million from donors based on false promises.

“It is a crime to turn a profit by lying to donors, and in New York, you will be held accountable,” said Manhattan District Attorney Alvin Bragg as he announced the charges at a news conference.

Federal fraud charges were brought against Bannon in 2020 over the same allegations, but he was pardoned by Trump before he could be brought to trial. 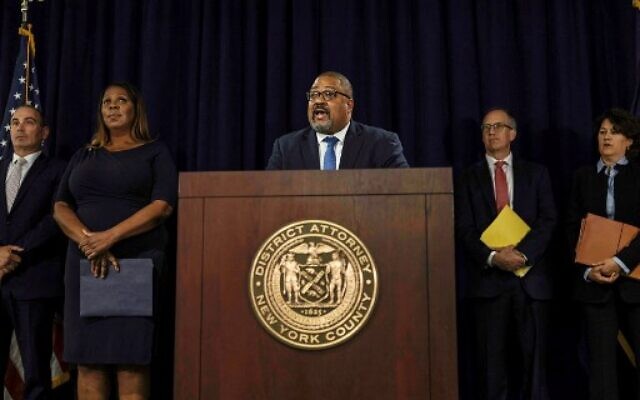 Building a wall along the US-Mexico border was a key campaign promise by Trump in his run for the presidency in 2016.

“There cannot be one set of rules for everyday people and another for the wealthy and powerful — we all must play by the same rules and must obey the law,” said Letitia James, New York’s state attorney general.

“Mr. Bannon took advantage of his donors’ political views to secure millions of dollars which he then misappropriated. Mr. Bannon lied to his donors to enrich himself and his friends.”

‘Never shut me up’

Walking handcuffed through the corridor into the courtroom, Bannon vowed that “they will never shut me up.”

“They’ll have to kill me first.” 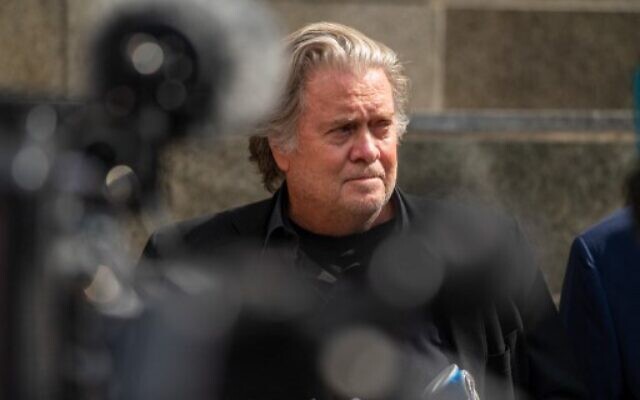 That mood echoed a statement he released Tuesday, in which he denounced “bogus lawsuits” against him 60 days before the November 8 midterm legislative elections.

He blasted “an armed partisan politicization of the criminal justice system.”

The criminal indictment comes six weeks after Bannon was convicted in a federal court in Washington of obstructing the investigative powers of Congress.

He had refused to cooperate with the House committee investigating the January 6, 2021 assault on Capitol Hill by Trump supporters. 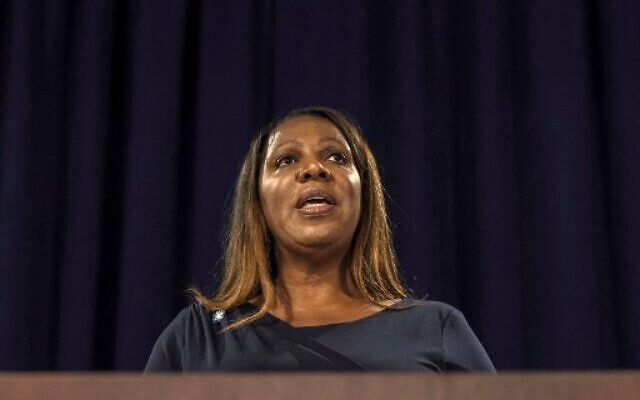 Even after leaving the White House in August 2017, Bannon had remained close to Trump, speaking with him the day before the Capitol riot.

Trump is himself at the center of multiple probes, including an investigation in New York into his business practices, legal scrutiny over his efforts to overturn results of the 2020 election, and in connection with the January 6 attack on the US Capitol.

The FBI is also investigating Trump’s handling of classified materials, following a raid on his Florida home.

We’re really pleased that you’ve read X Times of Israel articles in the past month.

That’s why we started the Times of Israel ten years ago – to provide discerning readers like you with must-read coverage of Israel and the Jewish world.

So now we have a request. Unlike other news outlets, we haven’t put up a paywall. But as the journalism we do is costly, we invite readers for whom The Times of Israel has become important to help support our work by joining The Times of Israel Community.

For as little as $6 a month you can help support our quality journalism while enjoying The Times of Israel AD-FREE, as well as accessing exclusive content available only to Times of Israel Community members.

Thank you,
David Horovitz, Founding Editor of The Times of Israel

Already a member? Sign in to stop seeing this

At Home: Which home renovations get the best returns? | Lifestyle

Sun Sep 11 , 2022
CRASH! THUNK! BOOM! The loud clamor jolts me out of my patio chair, where I am trying to write this column. The dogs startle from their naps. “Did you hear that!?” their expressions beg. “I know it sounds like 25 cars and a locomotive slamming into a block wall,” I […]